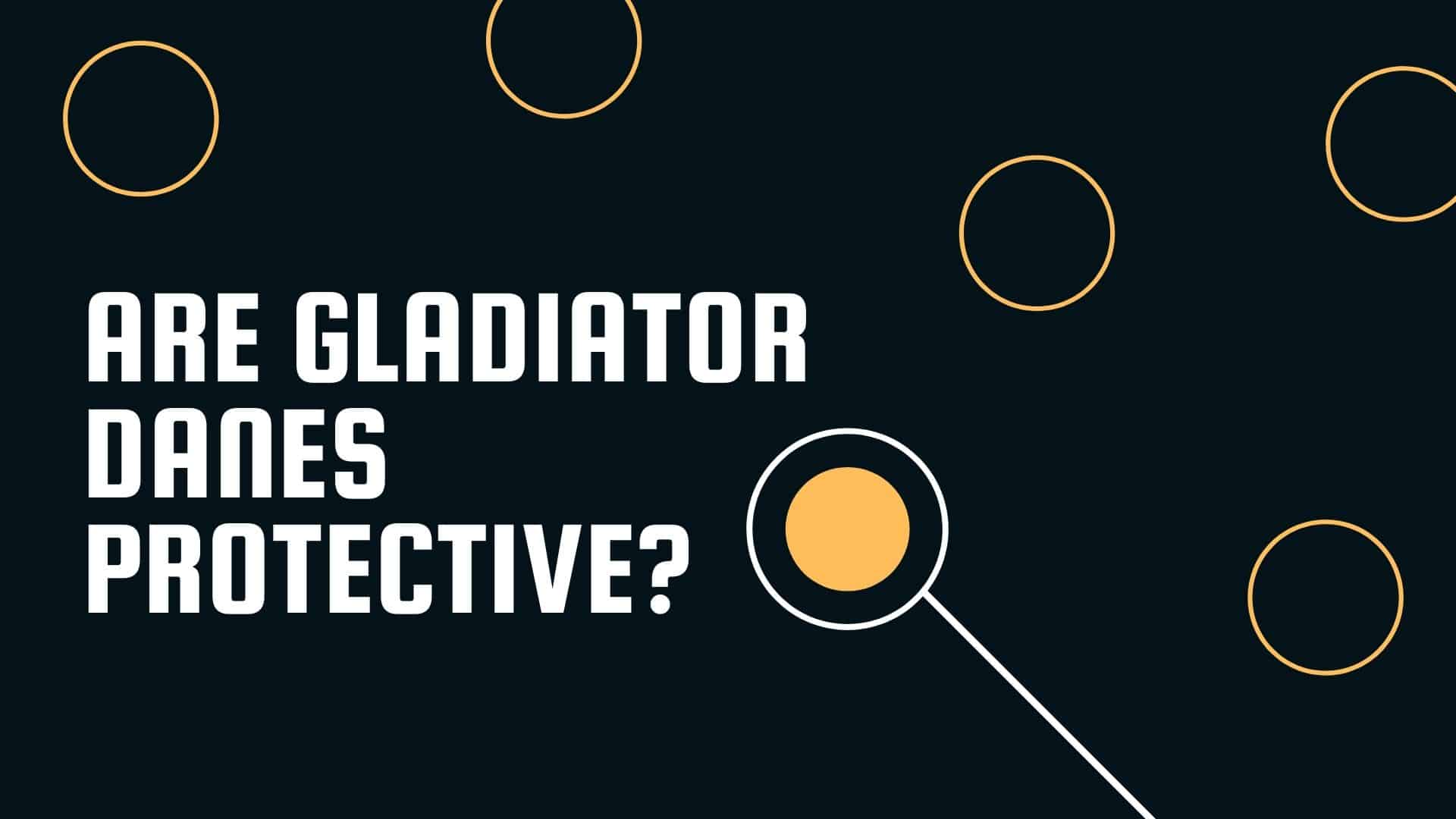 “This post contains affiliate links, and I will be compensated if you make a purchase after clicking on my links.” 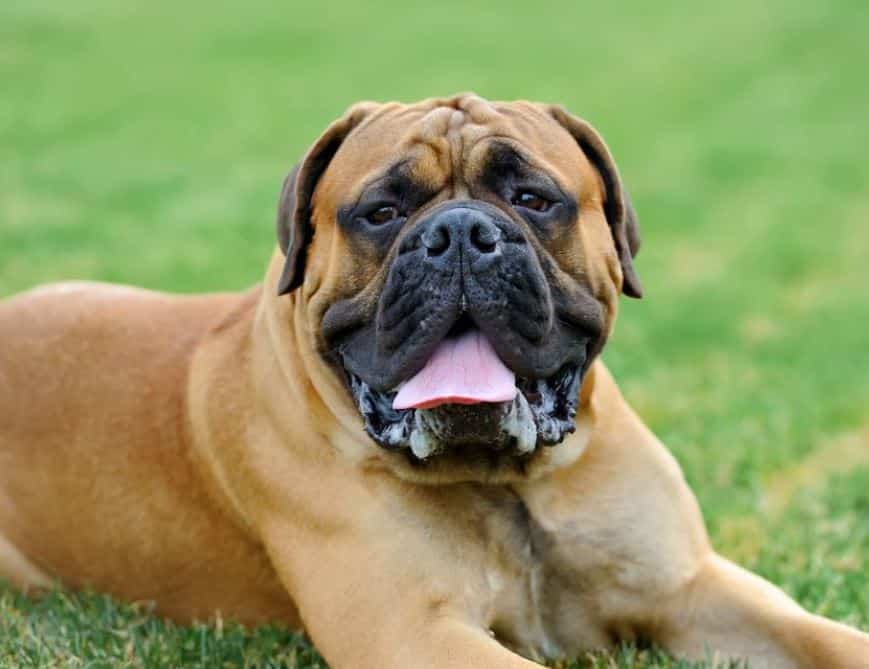 Gladiator Danes are first generation hybrid between Great Dane and English Mastiff. Which indicates the dogs inherit half set of its traits form Dane parent and the other half from mastiff parent. Anyhow there could be a probability of 60%-40% or 70%-30% hybrid dog as well.

Cost of a Gladiator Dane puppy

There are some breeders selling the Gladiator Dane puppy at higher and even for a lower price than broached above. Mainly the price of dog is determined by the location and the breeders you are buying a puppy from. You can get a Gladiator Dane by paying less fortune as around $400. Moreover there are other expensive breeders selling this designer first generation hybrid dog at an extravagant price of $1000 as well.

Gladiator Danes exhibit the characteristics of Great Dane and Mastiff breed through their appearance. The complete composition of the dog is a typical amalgamation of parent breeds. This Great Dane mix dog holds noteworthy behemoth existence. The overall stature of the dog is bulky and muscular taking after mastiff  yet sturdily built like a Great Dane. Given the long legs of the dog it holds distinctive strides. The dog’s legs are a bit bigger than Mastiff limbs and a little less in length than Great Dane mighty legs. 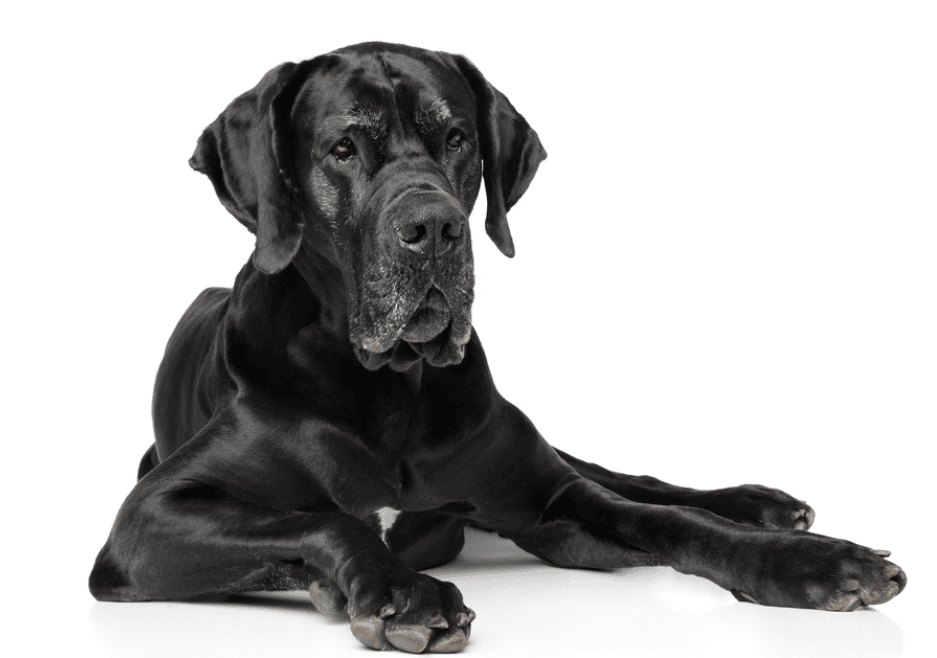 The Daniff dogs takes after Great Dane’s floppy ears and elongated muzzle. Moreover, Its long and lean body is alike a Great Dane. Other main features of the dog encompass its blockier and muscular body and big paws.

The Gladiator Danes have potentially muscular shoulders which gives the dog’s a somewhat broad appearance. This feature is inherited form a mastiff. The dog’s particular lower lip is also similar to the mastiff dog.

The daniff dogs can be distinguished from Great Danes as

Coat and color of a Gladiator Dane

Gladiator Danes or Daniffs have medium long, straight, and smooth coats. Texture of the dog’s coat is neither too dense nor sporadic. Its coat generally gives off an excellent shine when brushed properly.

Given the dog’s hybrid pedigree, the Gladiator Dane is not a favored breed by the A.K.C. Nonetheless, daniff is a registered designer or hybrid breed by the following canine clubs and organizations;

Gladiator Dane is a designer breed which mainly got known in recent decade and a half. Since then this Great Dane mastiff mix is getting more and more attention. Given the cult of designer breeds in 2009, international designer canine registry recognized the Daniff hybrid cross breed.

Since the authentic breed origins of the Gladiator Danes can not be found, it can not be forwarded who initiated this Great Dane mix. Albeit the mix breed’s unestablished roots it can be suggested that the Daniff is one of the most popular Great Dane mixes.

The daniff mix dogs belong to one of the most rich lineages as suggested by chronicles. Its parent breeds hold distinguishable and prominent historical backgrounds.

Great Dane dog breed is one of those breeds holding threads to reach quite far in history. You might have heard about the ancient Egyptians? their relics have pictures of dogs similar to the Great Dane. These items are believed to be from 3000 BC. Paintings from 14th-13th century BC of ancient Greece also depicts Great Dane dogs. Chinese literature also illustrates Great Danes dating back to 1121 BC.

Historically, Great Danes were used for boars hunting. Hence alluded to as boar hunters. Later on when the canine became a companion dog, its temperament got evolved as well. The dogs became more amenable and warm. Meanwhile, the Great Danes were used to protect royals and nobles as their guard dogs.

Before being called as Great Dane, the dogs were given a lot of other names as well.

English Mastiff breed is also alluded to as simply Mastiff. The dogs encompass in large breed canines owing to their huge existence. Their occurrence is rumored to exist in 6 century BC. Some people reason that dogs similar to Mastiffs can be found almost 1000 years ago.

The Mastiff dogs have innate penchant for their owners. Famously, the Mastiff of Peers Legh protected him for hours in a battle after he was wounded. As the dogs are highly protective of their family therefore can be taken as an ideal guard dog.

Besides Mastiffs were used as fighting dogs in wars, and as a herding dog as well. However the dogs retain their protective instinct till now, and have turned to be rather gentle and friendly.

Daniff or Gladiator Danes can be found as extreme loyal and loving canines. Given the dog’s deep affection and amenability in its temperament, the Daniff can become a good family dog. These dogs are usually good around children and other pets as well.

Additionally, a Gladiator Dane is quite active hence the dog would require a lot of physical activities. Even though, the dogs hold lively and exuberant temperament naturally, yet lack of activity can mar its temperament.

Despite their intimidating and rather ferocious appearance, Gladiator Danes are gentle and amenable dogs to keep. However, the Gladiator Danes are sharp and intelligent dogs they can be stubborn at times. Therefore, training and socializing such a dog is recommended.

The Gladiator Danes possess temperament which entails training. The dogs inherit protective instincts from the former war dog Mastiff, and Great Dane the famous hunters. Hence training and proper socializing is more important and consequential for a Daniff dog.

Daniffs or Gladiator Danes are intrinsic fast learners. The dogs are known to have an appeasing disposition which proves quite helpful for training. Particularly, obedience training becomes easier and efficacious with an easy going and complaint dog.

Training is easier and more successful when commencing with a puppy. If you find yourself unable to train your puppy, it is not a bad option to look for a trainer. Puppy training classes could be an option as well. Proper socializing and training is essential to avert aggressive temperament in the dog. Training a daniff would not be difficult if you put your heart and soul into it.

Socializing is crucial for a dog to inhibit aggression towards people and other animals. Particularly if you own a huge dog with a natural inclination towards protection, socializing would be an integral part of training the dog.

Frequent visits to dog parks, regular exposure and meeting people including friends will help the dog to socialize. Such activities for the Daniff dog would help it to realize the presence of a ‘no threat zone’ in people around it. Hence relegating its protective or aggressive instincts.

Daniffs are huge dogs and are grouped in large breed canines. Such dogs consume amount of food relative to their stature. Hence, the dogs require more food than small or medium sized dogs.

It is suggested to divide the dog’s daily food in two or three meals. The more the number of meals the better for the dog. So, three meals are better for the dog than two, to avoid bloat. Additionally, the food for Gladiator Dane dog and puppy must be those specifically crafted to cater the needs of large breed dogs.

Moreover, raw diet could be a worthy food source. As it comprises of natural diet, the dogs feeding on raw diet are healthier, with visible optimum development. The coat of such dogs also appear shinier and finer as compared to the dog without raw diet.

If your dog is allergic to some ingredients present in kibble or dry dog food, switch to raw diet for you dog. It can help the dog by alleviating the problem.

Physical activities for a Gladiator Dane

Owing to their active disposition, Daniff dogs are bouncy creatures. The dogs prefer to wander around, and playing with owners. The span of physical activity for the dog should be one hour to half an hour depending on the age of the dog. Usually Gladiator Dane puppies require more activity than older dogs.

The temperament of the dog can be maintained only if the dog is indulged in suitable physical activities like walking. For instance, game of fetch is particularly for this dynamic dog.

Given the Gladiator Dane’s bulky and muscular physique, the dogs have a potential to gain weight. Besides the benefits on mood of the dog, exercise is the only way to keep this Great Dane Mastiff mix in required weight range. Lack of routine exercise can make the dogs overweight which in turn would be detrimental to the dog’s health and capability.

Therefore it is recommended to engage your Daniff dog in daily exercise. The dogs are suggested to walk at least 2 miles regularly to maintain health and physique.

Gladiator Danes are prone to some ailments they inherited form Great Dane dog. The dogs are not prone to any allergies or infections. The diseases a Gladiator Dane has the latency to develop are;

Bloat or G.D.V.(gastric dilation volvulus syndrome) in Great Danes or other dogs is an agonizing condition which develops when the dog’s stomach fills with air, similar to a balloon. It twists 180 degrees clockwise on its side halting any escape for the gas through the oesophagus or duodenum.

Gastric dilation occurs when the stomach fills with air but without twisting. Though Both situations can be fatal for a dog, yet later is less dangerous as it takes longer for the dog to die of it.

Gastric torsion is another name for bloat. The condition occurs when the large breed dog eats rapidly or eat a lot. Moreover, bloat is a lethal emergency that entails surgery to repair damage.

Given the perilous nature of bloat it is imperative to enumerate some typical signs and symptoms of the condition for Gladiator Dane dogs;

Some of the most agreed upon bloat prevention ways for large breed dogs like Gladiator Danes are;

This condition is also regarded as one of the most common Great Dane diseases.

Hip dysplasia is a chronic disease which affects the mobility of a dog. In this condition dog is mainly attacked on its lower part i.e hind limbs. Leaving the dog passive and even not willing to move.

The following are precursors of hip dysplasia in dogs;

You can take the following measures to help your dog escape the chances of hip dysplasia;

Osteosarcoma, commonly known as bone cancer is another Great Dane disease. There are many dogs spotted with this condition making it a recurrent ailment of Great Dane breed.

Osteosarcoma manifests itself in dogs with following precursors;

The Daniff dogs are at a higher risk of getting bleeds. As the dogs hold delicate skin it can get ruptured easily even with scratch or minor injury.

Due to the dog’s huge size and active, exuberant, and bouncy disposition it is suggested to keep the dog in a wide place. The dogs can not do well in cramped places to begin with. A home with a backyard where the dog can run to its heart’s content and play with its owner would be suitable for a Gladiator Dane. Get your Daniff dog an xxl bed according to its size.

Adoption and buying tips for Daniffs

Buying a dog needs to be thoroughly brooded over idea. Make sure to buy puppy from reputable breeders. Good breeders adhere to moral breeding norms. This would ensure the puppy’s lineage and health as well.

Use of this website constitutes acceptance of our Privacy Policy and Terms & Conditions.
Greatdanek9.com may earn a portion of sales from products that are purchased through our site as part of our Affiliate Partnership with advertising and linking to amazon.com